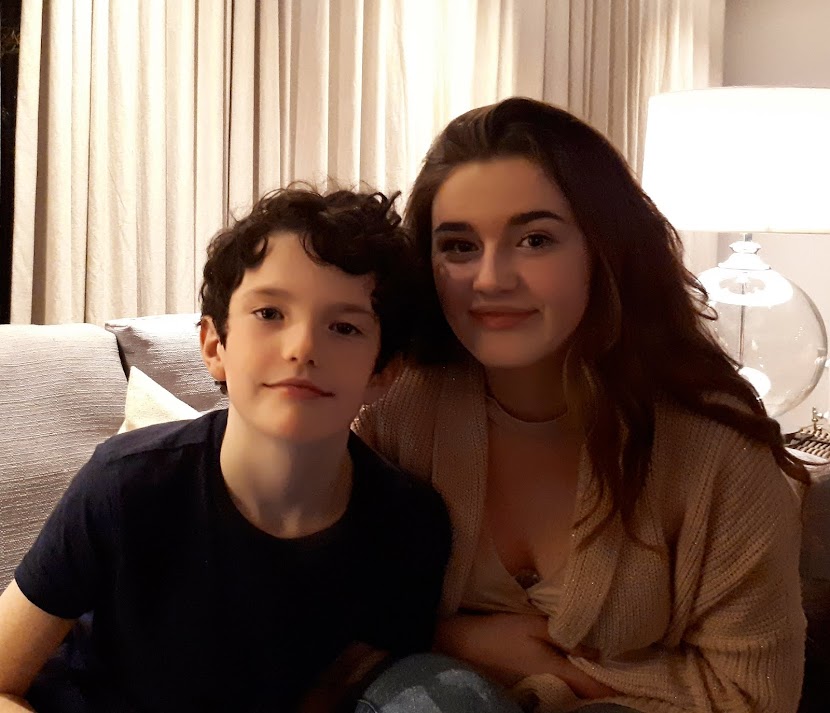 Persevere and it will happen. Cod baked in the Oven with Potatoes 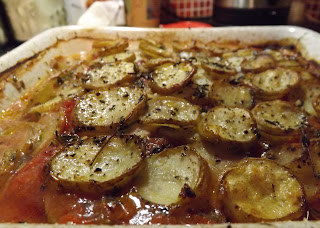 Sounds like the advice I give to the kids that I teach, or to Finn when he's complaining that he still hasn't scored this season (unglamorous job being a left back) or Lola, trying to make her way through several hours of homework for Year 6 exams instead of actually having a childhood. I don't know if perseverance does actually pay off. God knows I've persevered playing the lottery for decades and I'm still here, scratching about on this cold rock somewhere off mainland Europe instead of living the jet set lifestyle that I know I am born to live. Maybe next week that loft apartment in New York, that lake front property in Annecy, and/or that pearlescent Greek villa, hanging precariously on a hillside where the oregano grows wild and the blue sea and golden sun provide the backdrop...

Talking of Greece, and perseverance, regular readers of this blog will know that I have all but given up trying to feed fish to the fam. Fish has become a solitary eating activity, which is ok I suppose, but it would be better for us all round if we ate more fish than we do now. The defrosting of the freezer revealed some long forgotten cod, bought because it was dirt cheap, hurled in the freezer and then forgotten about. I wasn't going to throw it out. I'd make something with it and if need's be, any that was leftover I would nuke in the microwave the next day, to the despair of my fellow teaching colleagues if the smell of the last fish that was nuked in the staff room microwave (not by me) was anything to go by. But, no. It was eaten. I mean, there wasn't rapturous applause at the end of the meal, but it was, more or less, eaten. Phill even said he liked it. It may not seem like a victory, but it feels like one.

The recipe was taken from and gently adapted from 'Cretan Cooking' by Maria and Nikos Psilakis, which I bought when I was, funnily enough, on holiday in Crete, about 7 or 8 years ago now. The recipe is pretty faff free, except for the prep of the potatoes, but I found the whole slicing thing very therapeutic, so there you go. The original recipe calls for salt cod, and for that you would have to add in soaking time. Because I used 'ordinary' cod, there wasn't that issue.

2lb cod or any firm white fish, cut to fit the size of the pan you are using (though try to keep the pieces of fish a reasonably consistent size to ensure even cooking).
1lb waxy potatoes
2 finely chopped onions
2/3 cloves of garlic, finely chopped
1 tsp of oregano
1 tsp thyme
zest of a lemon
1 tin of chopped tomatoes
plenty of salt and freshly ground pepper

Boil the potatoes in salted water (you can peel them before hand if you like but I didn't bother) until they are almost cooked. Leave until they are cool enough to handle, and then slice into rounds about half a cm thick. 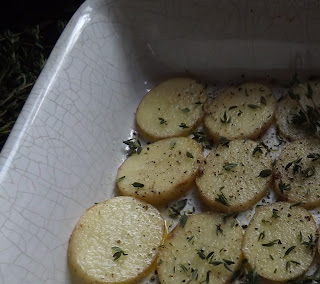 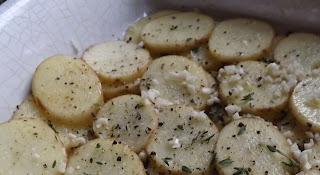 Pour a little olive oil in the bottom of a suitable baking dish/pan that will hold everything reasonably snugly, then place a layer of potatoes on the bottom. Season well, and sprinkle on some of the chopped onion, the chopped garlic, a bit of lemon zest and a little of the oregano and garlic. Repeat the process a second time. 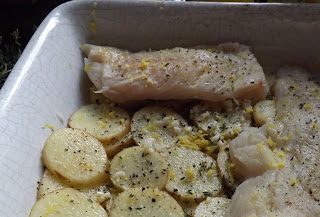 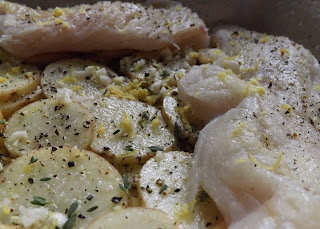 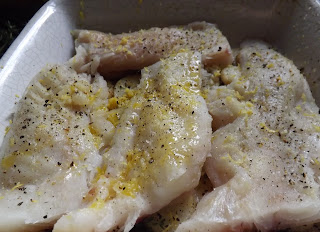 Place the cod onto the potato layers, and season well. 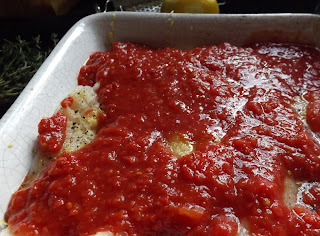 Pour the tinned tomatoes over the cod. 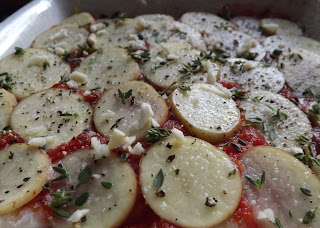 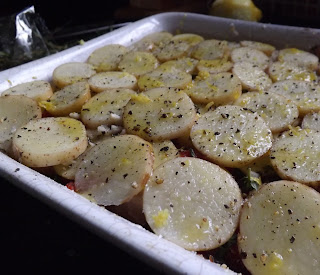 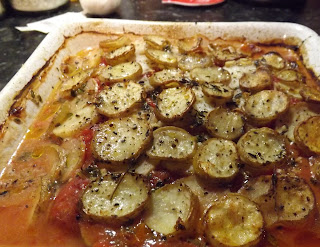 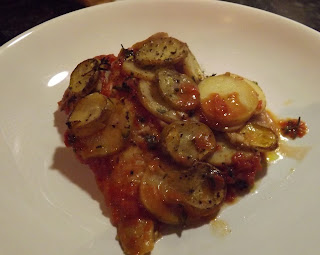 Place into the centre of the oven for about 25/30 mins. You want the potatoes to be cooked and beginning to brown on the top and the cod to be flaking and yielding (a little poke about with a knife will let you know whether that is the case).

Serve with a green salad and some crusty bread to soak up the delicious sauce.